The Mission of the Robstown Municipal Court of Record is to serve the community through the promotion of justice by providing an impartial forum for the resolution of all cases brought before the court in such a manner that legal rights of individuals are safeguarded and public interest is protected.

There are two types of Defensive Safety Course (DSC) or “defensive driving” programs available, mandatory and discretionary. These programs  and other matters can be processed by placing a call to the Municipal Court at 361-387-4589.

If you agree with the violation on the ticket and enter a plea of guilty or no contest, the Judge will find you guilty.

The exact amount of the fine will depend on the violation and other circumstances reviewed by the Judge. You should be prepared to pay the fine at the time you are found guilty.

Deferred Disposition is a suspended sentence. On your plea of guilty or no contest, the court will defer a finding of guilt, assess Court costs, and order that you post a bond and comply with certain conditions. You may request Deferred Disposition on or before your first court date in person, by phone, or by mail.  If you successfully comply with the terms, your case will be dismissed, and the bond money will be applied to a special expense fee. If you fail to comply with the terms, a judgment will be imposed, a conviction will be reported to DPS (Texas Department of Public Safety), and the bond money will be applied to the fine.

Offenses punishable by a fine not to exceed $500 and including public intoxication, theft (less than $50), disorderly conduct, alcohol offenses involving minors, and assaults.

Violations of city codes including those for fire safety, zoning, public health and sanitation, animal control, and solid waste. 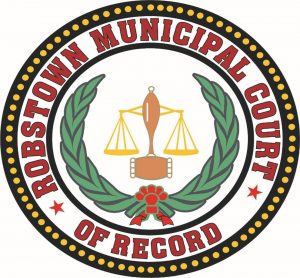 Rules of Conduct and Court Decorum

I. AUTHORITY FOR RULES

Under the inherent power and duty of all Texas
Courts as codified Section 21.001, Government Code, the following Rules of Conduct and Decorum shall apply and govern any and all proceedings held before the Municipal Court of the City of Corpus Christi, County of Nueces, State of Texas.

Each session of court shall be brought to order by formal announcement by the Bailiff of the Court, requiring all to rise as the Judge takes the Bench.

III. CONDUCT REQUIRED OF ALL PERSONS WHILE ATTENDING COURT

While court is in session there shall be:

Options to consider after the trial

If you are found guilty and are not satisfied with the judgment of the court, you have the right to appeal your case. To appeal, you must file an appeal bond with the municipal court within 10 days of the judgment if you appeared in open court. If you pled guilty or nolo contendere, waive your right to a jury trial and requested the amount of fine and appeal bond, put the request in writing and mail or deliver it to the court before your initial court appearance date, you have 31 days from the time you received a certified notice from the court to pay the fine or file an appeal bond with the municipal court.

If you are found guilty, you may make an oral or written motion to the court for a new trial. The motion must be made within one day after a judgment of guilt has been announced against you. The judge may grant a new trial if the judge is persuaded that justice has not been done in the trial of your case. Only one new trial may be granted for each offense.

Rules and guidelines for appearing in Court

The law requires that you appear in court to enter a plea on your case. If you were issued a citation, you must appear on or before the 14th day of receipt of the citation. Your initial appearance may be in-person, by mail, or fax or by your attorney appearing in person at the court. The purpose of your initial appearance is to enter a plea (guilty, not guilty, or nolo contendere) and to advise the court as to the type of trial (jury or non-jury) that you want if you are pleading not guilty. There are separate rules for offenders sixteen years of age or less. If you have been released on bond, your appearance date is set on the bond. If you waive a jury trial and plead guilty or nolo contendere (no contest), you may talk to the judge about extenuating circumstances that you want the judge to consider when setting your fine, but the judge is not required to reduce your fine.

Before pleading guilty or no contest, you should read the section on pleas (Court Options). If you plead not guilty, the court will schedule a trial. If you waive your right to a Jury Trial, the trial will be before a Judge.

When you make your appearance by mail, your envelope must be postmarked on or before the 14th day after you received your citation. If you plead guilty or no contest, you must include a waiver of jury trial. If you plead not guilty, the court will send you a notice setting the date of your trial.

If you fail to appear in-person, by mail, or fax by the 14th day after the date you received your citation or summons, or if you subsequently fail to appear for a pre-trail or trial setting, you can be charged with an additional offense of “Violation Of Promise To Appear” or “Failure to Appear” and a warrant for your arrest will be issued. The offenses of “Violation of Promise to Appear” and “Failure to Appear” carry with them additional court costs, fees, and fines. Your failure to resolve your offenses will result in reports being made to the Department of Public Safety, the Department of Transportation and Nueces County. You may be denied your right to renew your driver’s license or to register a vehicle in your name.

If your motion for a continuance is denied and you fail to appear a warrant for your arrest will be issued.

If you choose to have the case tried before a jury, you have the right to question jurors about their qualifications to hear your case. If you think that a juror will not be fair, impartial or unbiased, you may ask the judge to excuse the juror. The judgewill decide whether or not to grant your request. In each jury trial, you are also permitted to strike three members of the jury panel for any reason you choose, except an illegal reason (such as to strike based solely upon a person’s race or gender).

As in all criminal trials, the State will present its case first by calling witnesses to testify against you.

After each prosecution witness has finished testifying, you have the right to cross-examine. In other words, you may ask the witness questions about their testimony or any other facts relevant to the case. You cannot, however, argue with the witness. Your cross-examination of the witness must be in the form of questions only. You may not tell your version the incident at this time–you will have an opportunity to do so later in the trial.

After the prosecution has presented its case, you may present your case. You have the right to call any witness who knows anything about your case and to offer into evidence pictures, documents, or other evidence. The State has the right to cross-examine any witness that you call. If you so desire, you may testify in your own behalf, but as a defendant, you cannot be compelled to testify. It is your choice, and your silence cannot be used against you. If you do testify, the State has the right to cross-examine you.

After all testimony is concluded, both sides can make a closing argument. This is your opportunity to tell the court why you think that you are not guilty of the offense charged. The State has the right to present the first and last arguments. The closing argument can be based only on the testimony presented during the trial.

If you are found guilty by either the judge or jury, the penalty will be announced at that time. You should be prepared to pay the fine at this time.